CLIFTON, NJ – The Theater League of Clifton will present the “Great American Songbook,” an evening of live music at the Clifton Elks Lodge, 775 Clifton Ave. (at the corner of Colfax Avenue), Clifton. Performances will be held on Saturday, October 22 at 7:30 p.m., and Sunday, October 30, at 2 p.m.

The event will include a buffet-style dinner, dessert, soda, coffee, tea, bread and a cash bar. Tickets are priced at $45 per person and can be reserved by calling (973) 928 7668 or by visiting the Theater League’s website (www.theaterleagueofclifton.com).

Vocalists for the show include Dorothy Dobkowski, Mingo Lane, Kim Mesiti, and Jason Tamashausky. All four have appeared in recent Theater League musical productions. Jalmari Vanamo is the musical director and pianist, while John Traier and Mark Peterson are the producers of the show. Peterson is the president of the Theater League of Clifton. 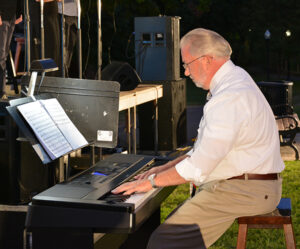 PHOTO CAPTION:
Jalmari Vanamo will serve as the musical director and pianist for the Theater League of Clifton’s production of  the “Great American Songbook.”