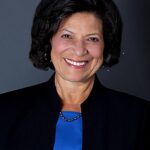 They—whoever they are—say “as California goes, so goes the nation.” Let’s hope not. The California state legislature has put forth some bills that boggle the mind and seek to change family, physicians, and their relationship to the government forever.

First, the governor and the legislature put their imprimatur on California Future of Abortion (CA FAB) Council recently formed by various “reproductive justice” advocates. They seek to seal California’s legacy as a “reproductive freedom” state and are lobbying legislators to enshrine into law their blueprint for abortion services, Recommendations to Protect, Strengthen, and Expand Abortion Services in California.

The legislators took the bait. The governor has already signed SB 245. This law prohibits deductibles, co-pays or any other payments by insured for abortion services. In other words, abortions must be free. Taking this a step further is SB 1142. This would establish the “Abortion Practical Support Fund” using taxpayer money to provide airfare, lodging, gas money, food, childcare, abortion doula support and more for women coming from other states for their abortions.

To ensure no fetus is left behind, SB 1375 would expand the number of clinicians who can perform aspiration abortions by allowing nurse practitioners (NPs) to do so without an attending physician. Worse yet, SB 1375 eliminates both “minimum standards” and completion of “board-recognized training” in abortion techniques. It also allows NPs and physician assistants (PAs) to determine viability and health of mother (potentially increasing the number of abortions after viability).

To “ensure the growth of a network of clinicians trained in abortion,” AB 1918 would establish the California Reproductive Health Service Corps to recruit, train, and retain a workforce of reproductive health care professionals, focusing on students from “historically excluded populations.” This includes scholarships and stipends for new reproductive health students, and loan repayment. The students must agree to complete abortion training and commit to working at a corps-approved site in a specified area with a specified “underserved” population. Is this an extension of black-on-black violence?

California is not satisfied with basic abortions. The ghoulish AB 2223 prohibits civil or criminal liability with regard to abortion for the mother or “a person who aids or assists” in the abortion, including perinatal death. As written, the bill essentially decriminalizes infanticide via neglect for up to one month after the baby’s birth.

Now for the tyranny imposed on those out of the womb.

The famous Dr. Pan, whose SB 871 proposes COVID vaccinations for all students, sponsored a trifecta. AB 2098 would charge physicians with unprofessional conduct for dissemination of yet-to-be-defined “misinformation” regarding the COVID virus, vaccine, prevention and treatments. A sister bill, SB 1390, would prohibit a social media platform from “amplifying” subjectively “harmful content” defined as “[d]isinformation or misinformation, including, but not limited to, false or misleading information regarding medicine or vaccinations, false or misleading information regarding elections, and conspiracy theories.” Platforms in violation could be fined up to $100,000. SB 1464 would requires law enforcement to enforce public health orders, with no state funds for such agencies that publicly oppose or adopt a policy to oppose the orders.

Further intruding into the family unit, SB 866 would permit California children 12 and older to be injected with various vaccines without parental notification or consent.

Finally, authoritarian agendas tend to ignore the facts. COVID is waning, the current vaccine was formulated for a virus that is no longer dominant and does not prevent infection or transmission as evidenced so well by the outbreak among White House personnel and Congresspersons, including thrice-vaccinated Speaker Pelosi. Nonetheless, AB 1993 would require proof of the COVID vaccine for all employees and independent contractors beginning January 2023. The bill was pulled by the author due to push back from labor unions. It’s too bad regular citizens don’t have that much clout.

These soulless legislators would not even move out of committee SB 1042, a bill to place human trafficking within the definition of a violent felony and serious felony for the Three Strikes Law.

There is some good news. At least one judge still believes in the Constitution. AB 979 mandated that corporate boards satisfy certain racial, ethnic, and LGBT quotas. The Court reasoned that this was not a case where discrimination should be remedied by more discrimination and ruled that the law “violates the Equal Protection Clause of the California Constitution on its face.”

I feel sorry the congressman was bitten and sorry for the new mama fox who had to euthanized. But I’m sorrier still that our legislators have hearts of stone and minds of fertilizer.

Bio: Dr. Singleton is a board-certified anesthesiologist. She is past President of the Association of American Physicians and Surgeons (AAPS). She graduated from Stanford and earned her MD at UCSF Medical School. Dr. Singleton completed 2 years of Surgery residency at UCSF, then her Anesthesia residency at Harvard’s Beth Israel Hospital. While still working in the operating room, she attended UC Berkeley Law School, focusing on constitutional law and administrative law. She interned at the National Health Law Project and practiced insurance and health law. She teaches classes in the recognition of elder abuse and constitutional law for non-lawyers. She lives in Oakland, Ca. Website: marilynsingletonmdjd.com; Twitter: @MSingletonMDJD.