ILLINOIS – It is with sadness that the Polish Museum of America informs our members, friends and supporters of the passing of Teresa Abick, past Polish National Alliance Vice President. 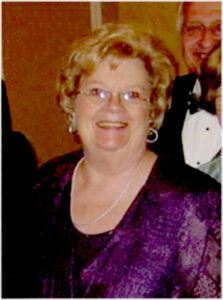 Mrs. Abick was a member and a dear friend of the PMA.

In 2009, Mrs. Abick was recipient of the PMA Summer Gala Spirit Award.  She was born in Michigan and moved to the Chicago area when she was elected Vice President of the Polish National Alliance in 1991.  Mrs. Abick was active in many Polonian causes.

She oversaw the PNA’s national scholarship program as well as senior programs.  She was active in the Michigan Division of the Polish American Congress and served as a regent at Orchard Lake.

Mrs. Abick was preceded in death by her husbands John Abick and  Edward Tabin. She is survived by a son, grandchildren, and great, great grandchildren.

Eternal rest grant unto her, O Lord, and let perpetual light shine upon her.