The Polish Museum of America honors the memory of PMA friend and brother-in-law of PMA Board Member Anna Sokolowski, Bohdan “Dan” L. Sokolowski, who passed away on March 1, 2021, at age 73.

Dan was born, alongside his twin brother Mark, on August 8, 1947 in England. After spending his youth in Argentina, he arrived with his family to Chicago in 1959. He graduated with a bachelor’s degree from University of Illinois and served in the US Army Reserves. While he had several careers, he was employed for the last 20+ years as regional manager for a large national maintenance company. He also loved working with his hands, and he could fix just about anything: he liked to call himself Mr. Fixit. Dan will be remembered for his gentle spirit, the love of family and friends and his sense of humor. He especially enjoyed being with his children, grandchildren, extended family, and friends. 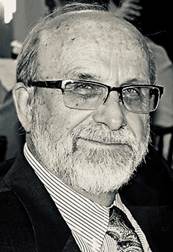 May He rest in Peace! Cześć Jego Pamięci!