“I might even say that machines represent the best of humanity: every time man wants to do something great, he builds a machine!”

Her commercial success, in what is still a male-dominated medium, can be attributed to her instantly recognizable and seductive paintings. Viewing them, you get drawn in and make an emotional connection with the subject…a machine!

The artist’s journey began in Lodz, Poland, where her formative years were spent under communist rule.    Soviet propaganda posters were an early influence. Emigrating to America, whose freedoms and values she cherishes, Agnieszka settled in San Francisco. Formally trained in portraiture and illustration, she began painting machines by chance; the result of a commission. As her work evolved, she ultimately saw them as an extension of the human mind…each with its own unique story. Images of once-proud industrial ruins are a particularly compelling theme.

Critics like to say of her work that she “humanizes machines”. But it is not the machines which are being humanized as much as it is the surprising and unexpected empathy we humans may feel for an inanimate object. It is that nexus, that ability to connect people to machinery in a kind of startling emotional mashup, which has made her the artistic wunderkind of Silicon Valley.

Parlaying her role as a technology humanizer, one of her latest subjects is the Waymo self-driving car. If anyone can make us feel more at ease in the seat of such a transformative vehicle, it’s Agnieszka Pilat.

The artist’s latest innovation is a series titled #disrupt. It explores humanity’s complicated relationship with technology. Her work has garnered numerous awards and she is the subject of a feature article in the September issue of Forbes Magazine.

Miami Art Week will take place from December 5th through December 8th, 2019. An exclusive opening reception will be held on December 4th. Further details can be found on the official show website at https://www.miamiandbeaches.com/event/art-basel-miami-beach/49 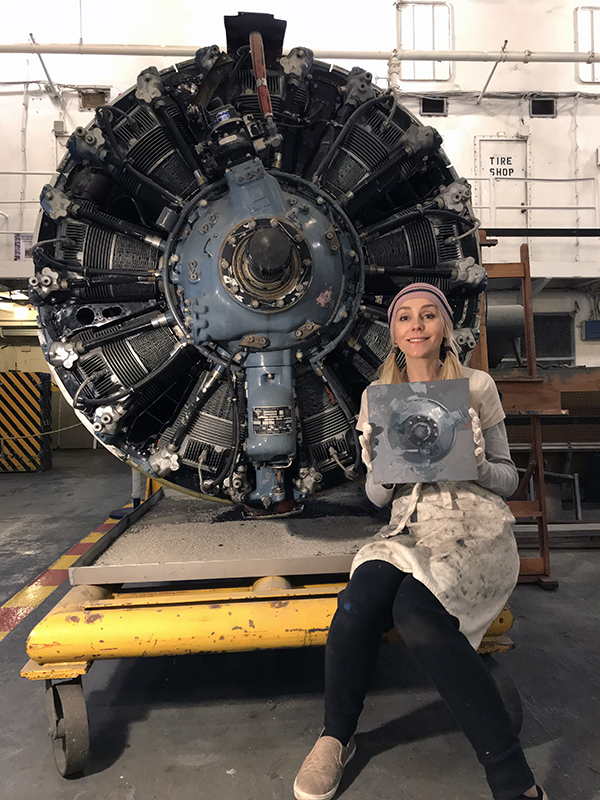