Join us on Tuesday, November 29 at 1 PM ET for a webinar with the author and researcher Krystyna Piorkowska as she discusses the creation, work, and final report of the US House of Representatives Select Committee to Investigate the Katyn Massacre, known as the Madden Committee. 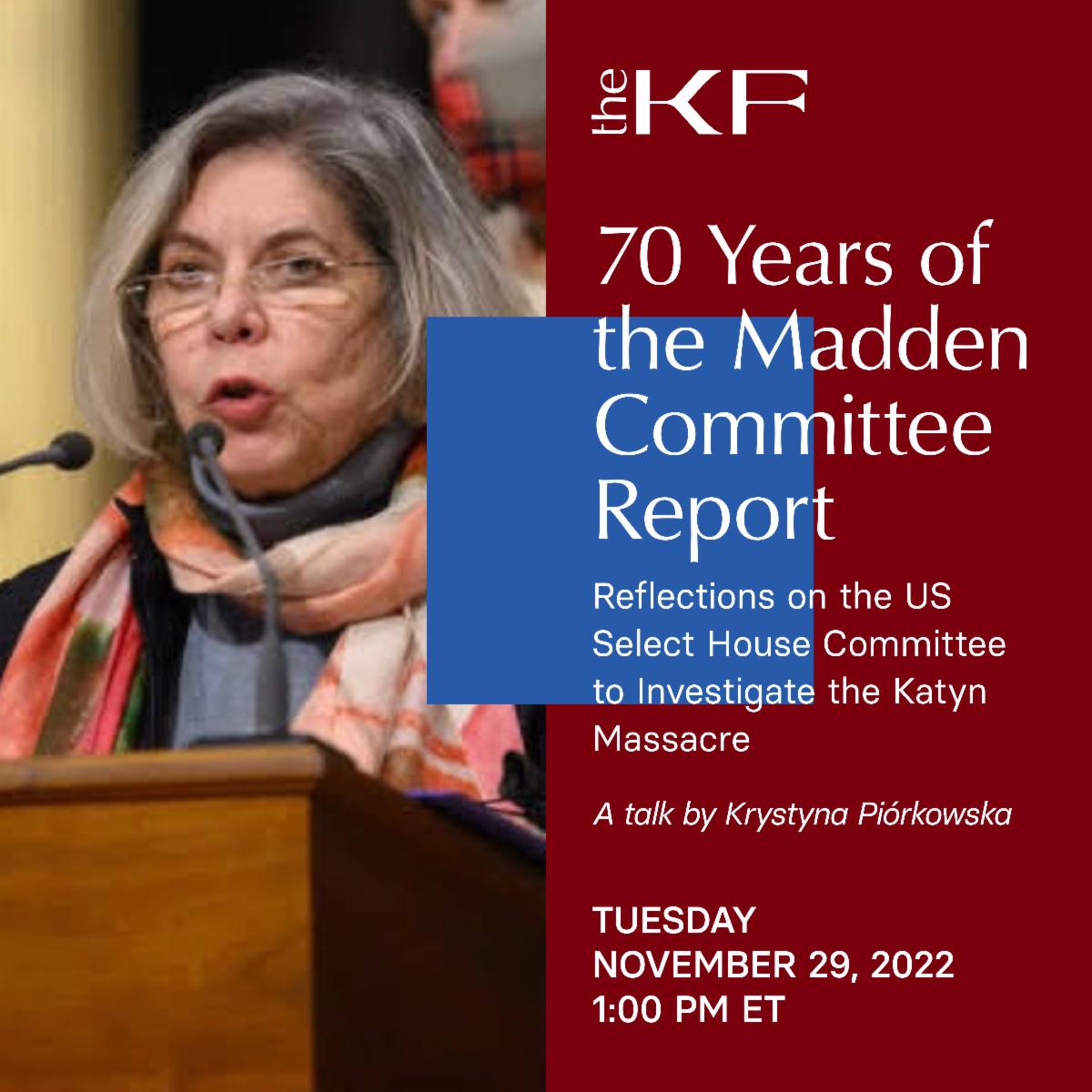 We will shortly observe the 70th anniversary of the issuance of the Final Report of the US House of Representatives Committee formed to investigate and study the Katyn Massacre. Our understanding of the creation of the Committee, its processes, powers, and abilities to require testimony has remained unclear. It is appropriate that at the conclusion of 70 years, December 22, 2022, since the report, we would review the procedures and operation of the Madden Committee and what its final report concluded.

Familiarly referred to as the Madden Committee, this was the first time that the US Congress had held hearings on a massacre of foreign Prisoners of War, specifically, the World War II massacres of over 17,000 Polish citizens by the Soviet NKVD at various sites in the USSR.

The Madden Committee had held its first hearing on October 11, 1951, and issued a total of seven transcripts of the testimony presented by over a hundred witnesses, plus an interim and final report.

Our speaker, Krystyna Piórkowska, has been focusing on various aspects of the English-speaking powers and their actions both during the wartime period, the immediate post-war period (1946-50), and finally, the post-1950 events. She is the author of English-speaking Witnesses to Katyn Recent Research which was published in a bilingual tête-bêche edition.