Edward F. Olearczyk of Linden and Watchung, NJ died peacefully on December 1, 2020 at his daughters home in Barnegat.

Edward was born 1928 in Linden, NJ to Mary and Andrew Olearczyk. Educated in public schools he left high school to join the Navy in 1945. 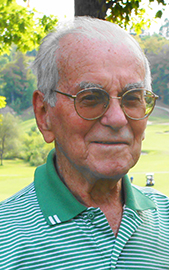 After leaving the US Navy he found employment with GM and Merck prior to joining Public Service Electric and Gas in Elizabeth, New Jersey in 1950. There he worked for 43 years before retiring in 1993 as Corporate Safety Manager in Newark.

Ed lived in Watchung from 1967 to 2001 before moving to Hellertown, Pa area with wife Veronica.  He was a founding member of St Mary’s Stony Hill RC Church and participated in many activities there.

He has 11 grandchildren and 4 great grandchildren. He is preceded in death by his wife of 67 years Veronica (Lynch) and Grandson Edward III.

Arrangements are under the direction of the Shinn Funeral Home in Manahawkin, New Jersey.